With the NFC East re-tooling their receiving corps, the Cowboys have to hit on a corner in the draft 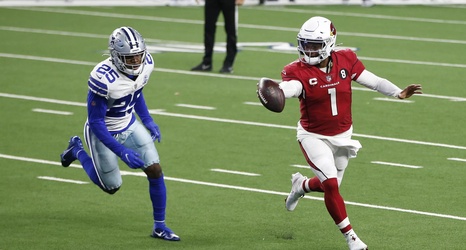 We are getting closer and closer to the NFL Draft, and fans have their favorite names they are hoping to hear called to be a Dallas Cowboy. Whatever excitement roller-coaster ride we are on, you could probably double it for Cowboys owner Jerry Jones. It seems like every year we are hearing that Jones is infatuated with a certain player. Because of those rumors, we’ve also heard that in the past that his son and director of player personnel, Stephen Jones, has had to talk his father out of taking flashy players like Johnny Manziel.

Now we are hearing about Jerry’s new potential toy in Kyle Pitts so that is something to keep an eye on in this draft.