With Dak Prescott back, the Cowboys’ top receiver trio has another chance at rare feat 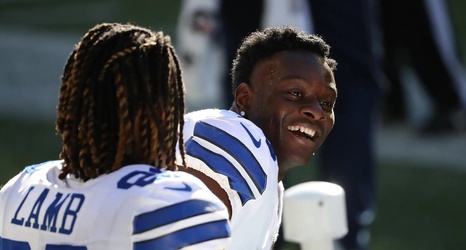 Shortly after the Cowboys drafted CeeDee Lamb last year, Amari Cooper made it clear what his expectations were for the trio of him, Michael Gallup, and the newest Cowboy: become just the sixth team to feature three different players with 1,000 receiving yards.

In the end, the Cowboys trio fell short of that goal, but for obvious reasons. Not only did Dak Prescott go out for the season in the fifth game of the year, but backup Andy Dalton also left a game early with a concussion and missed the next two games. It was during that time that Dallas played both rookie Ben DiNucci and former AAF quarterback Garrett Gilbert (who hadn’t even been on the roster a month prior to starting under center against the undefeated Steelers).