Will Dallas Cowboys' free-agency approach change any in 2021? 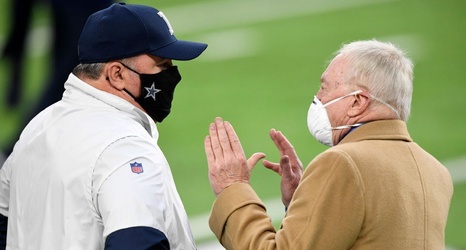 FRISCO, Texas -- The Dallas Cowboys are poised to do anything they want in NFL free agency. It just might not be what Cowboys fans want them to do.

The Cowboys saved $15.5 million on what quarterback Dak Prescott would have counted on the franchise tag compared to what he will count against the salary cap on his $160 million deal. They created some $17 million in cap space by restructuring the contracts of offensive linemen Tyron Smith, Zack Martin and La'el Collins. They can create many millions more by re-working the deals of wide receiver Amari Cooper, defensive end DeMarcus Lawrence and even running back Ezekiel Elliott.