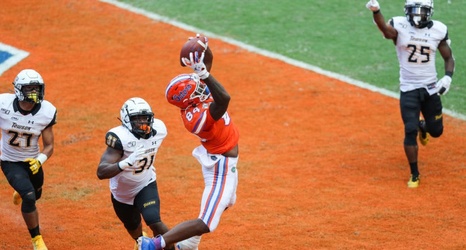 Jarwin, who suffered a season-ending ACL tear last season, is currently projected to be the teams’ starter at the position. The 26-year old had his best statistical season back in 2019 when he managed to haul in 31 catches for 365 yards and three receiving touchdowns.