What we need to see from the Cowboys against the Dolphins 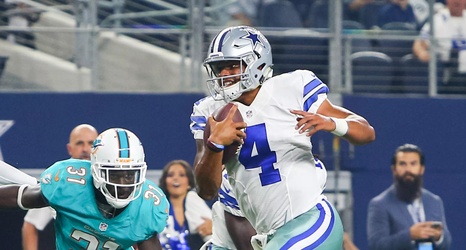 For the Dallas Cowboys, the first two weeks of the season couldn’t have gone much better. They have cruised to easy wins. Both were in their division. Most satisfying of all, they saw the Philadelphia Eagles drop one in a sloppy effort against the Atlanta Falcons, which leaves the Cowboys in sole possession of first place in the NFC East.

Now they can get to 3-0 with a victory over the Miami Dolphins on Sunday. Given that the Dolphins seem to be in the middle of a tear-down and have been thoroughly trounced in their first two games, that doesn’t seem too daunting a task.