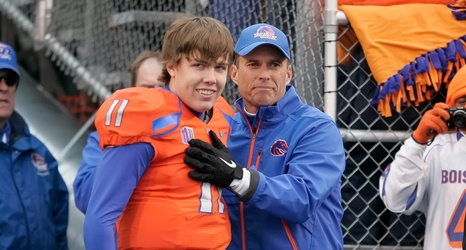 A gigantic bomb was dropped on the world of college football on Monday afternoon when it was announced that University of Washington coach Chris Petersen will be stepping down following his team’s bowl game. This is huge.

Why is this huge, you ask? The Dallas Cowboys could very well be in the market for a new head coach when this season is over and Petersen is a candidate that happens to make a lot of sense.

If you’re unfamiliar with him, Petersen really made himself known while serving as the head coach at Boise State.