Turnover luck: Sustainability of Cowboys league-leading takeaways from 2021 could be an issue 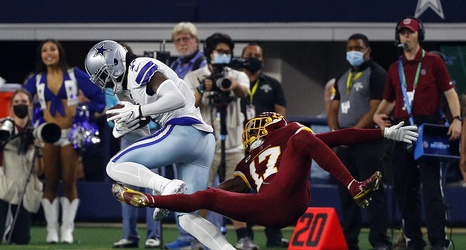 The Dallas Cowboys are relying on a pretty similar roster from their 12-5 NFC East-winning season of a year ago to do something they haven’t since 1995-96, win the division in consecutive seasons. Their team-building approach this offseason has drawn skepticism considering the loss of Amari Cooper, La’el Collins, and Randy Gregory.

The Cowboys haven’t even won ten games in two straight seasons since those 95-96 championship years, and with the Eagles sneaking into the playoffs at nine wins a year ago, Philadelphia is a trendy pick to dethrone Dallas for the division in 2022. They’ve aggressively added talent on both sides of the ball in a way Cowboys fans can only dream about.