The philosophical connection between Mike McCarthy and Kellen Moore 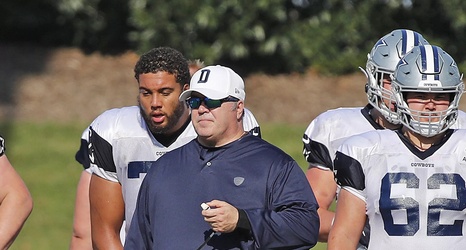 Through his 13 seasons as the Packers head coach, Mike McCarthy called offensive plays for all but one season. That was in 2015, and McCarthy quickly took back play-calling duties after the year, claiming he’d never do that again. But McCarthy’s Packers teams never had Kellen Moore, who will be calling plays in 2020.

Moore is still in charge of what plays are called and run, and he’ll presumably have more autonomy over the offense than he did under the previous head coach. McCarthy and Moore have both commented about how they’ve spent the offseason working to synthesize Moore’s highly-efficient offense from last year with McCarthy’s offense.