The one Cowboys head coaching candidate nobody is talking about: Dan Campbell 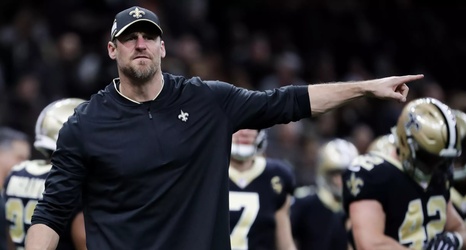 The Cowboys are now sitting at 6-6 after getting embarrassed by the Buffalo Bills at home on national television, and depending on who you listen to, Jerry Jones has already decided he’s going to move on from Jason Garrett unless the embattled head coach can somehow win a Super Bowl.

Naturally, Las Vegas already has put out an exhaustive list of candidates with odds on who’s going to be the next head coach, and the top of the list includes big names like former Ohio State head coach Urban Meyer, current Oklahoma head coach Lincoln Riley, and Patriots offensive coordinator Josh McDaniels.