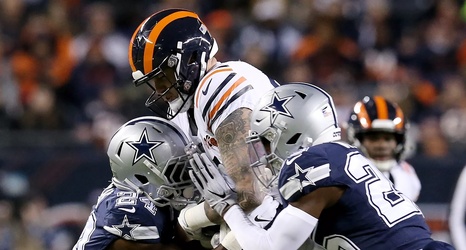 Way back in 2017, the Dallas Cowboys decided it was time to re-make their secondary. That was the year they said goodbye to players like Brandon Carr, Morris Claiborne, Barry Church and J.J. Wilcox. They headed into the draft and spent a second-round pick on Chidobe Awuzie, a third-round pick on Jourdan Lewis, and a sixth-round pick on Xavier Woods. Boom, instant makeover.

Now, they might have to do it again. All three of those players taken in the 2017 draft - Awuzie, Lewis and Woods - are scheduled to be unrestricted free agents this upcoming offseason.