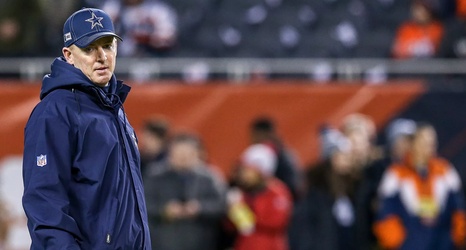 For the first time all year, the Cowboys have a losing record. They sit at 6-7 after losing to the Bears in Chicago on Thursday night, yet somehow still lead the NFC East. Due to the head-to-head tiebreaker over the Eagles earlier in the year, they’ll hold that lead even if Philadelphia wins Monday night.

It is entirely possible, and frankly the most probable outcome as of right now, that Dallas becomes only the second team this century to win the NFC East in consecutive years, yet it’s also increasingly likely that they will fire their head coach.