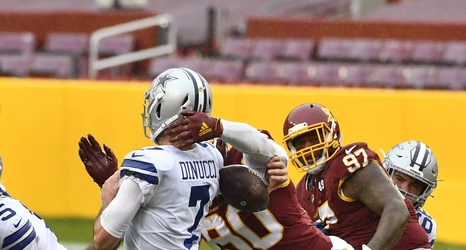 Another week, another poor outing by the Dallas Cowboys. After losing by 28 last week against Arizona, the team lost it’s second straight game by 20+ points with a 25-3 shellacking from the Washington Football team. Just when you think the team has hit rock bottom, they dig even deeper into the depths of awfulness. It’s been a rough season, and there isn’t much indication that things are going to get any better going forward.

Here are ten thoughts on this upsetting divisional defeat.

Let’s start with something good, okay?