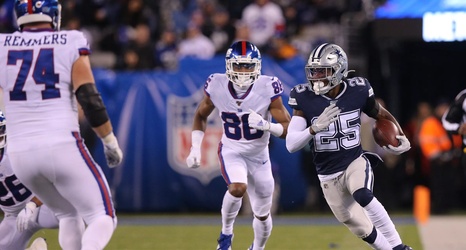 That’s two straight for the NFC East division leaders after topping the Giants 37-18 on Monday Night Football in front of the whole world.

They all can’t be pretty, and this one definitely wasn’t, but the defense had themselves a heck of a game, and gave the Cowboys offense time to figure itself out before exploding for 14 points in the fourth quarter. Again, while it wasn’t pretty, any time you can go on the road, against a division opponent, and win by 19, there’s plenty to be happy about.

Randall Cobb runs a nice stop-and-go here, and Dad puts it right on the money, but a weak holding call forces Dallas to have to try again.