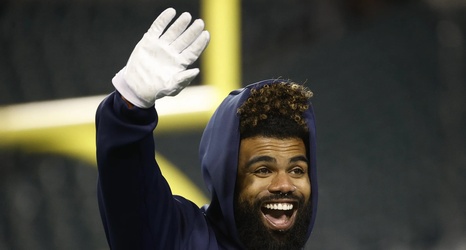 The Dallas Cowboys made nine picks throughout the 2022 NFL Draft. They added in areas that were obvious like along the offensive line, wide receiver, tight end, and at edge rusher while sprinkling in players at spots that can always use depth like linebacker and defensive back.

Among the positions which the Cowboys did not choose to spend a draft pick on was running back. Dallas has two talented runners in Ezekiel Elliott and Tony Pollard headlining their group, but building an NFL team isn’t about just now. It is about the future as well.