Six fears about the Cowboys for the 2021 season 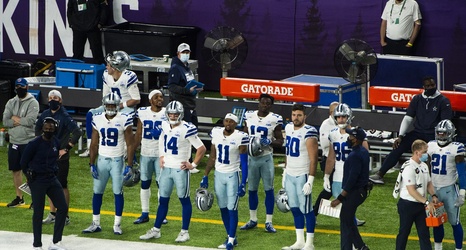 It’s been a bit of an exciting week for the Dallas Cowboys. The big development was the sudden agreement on a four-year contract with quarterback Dak Prescott. That was followed quickly by restructuring of some key contracts to create some cap space for free agency, and some other internal roster moves, including the one that will put the team over the top, re-signing Ron’Dell Carter.

OK, I may exaggerate a bit on that last thing, but the rest of the developments injected a huge burst of optimism for many of us. No more Dak drama, the cap is suddenly in good shape for a team normally as ridiculously cheap frugal careful in free agency as the Cowboys, and the fact the three restructures were for Tyron Smith, Zack Martin, and La’el Collins is a hint the team thinks all are over the injuries that cost so many games last year.