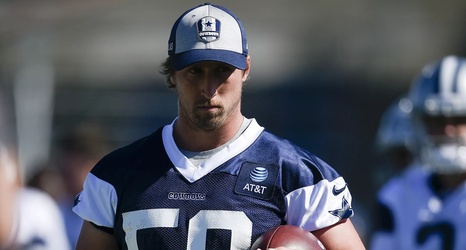 The contract extension for linebacker Jaylon Smith earlier this week was a reminder that the Cowboys have two young, dynamic linebackers who should patrol the middle for years to come. Smith, and his running mate Leighton Vander Esch, are already thought of as among the best duos of off the ball linebackers in the NFL. Credit the Cowboys drafting, not everyone was sold on Vander Esch, and their risk-taking, not everyone thought Smith would play football again. The ascendancy of that pair has had the side effect of knocking an old vet into a part-time role.