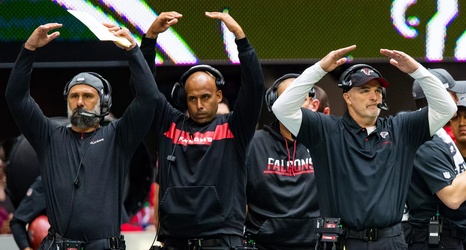 The Dallas Cowboys have shuffled around a few coaches following their disastrous 2020 campaign and they were both on the defensive side of the ball.

Defensive coordinator Mike Nolan was let go after one year of service with the club as was defensive line coach Jim Tomsula. The Cowboys landed a new coordinator a week ago in former Atlanta Falcons head coach Dan Quinn, brought in Joe Whitt to run the pass defense and secondary (Maurice Linguist is headed to the University of Michigan) and it appears as if Quinn has brought a friend with him to man Tomsula’s old gig.