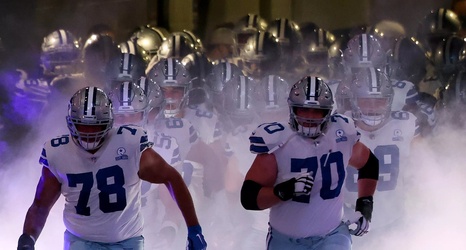 The Dallas Cowboys have dealt with injuries all over their football team this season, and a number of those have happened along the offensive line. Tyron Smith and La’el Collins were lost for the season long ago. Cam Erving and Brandon Knight have both had their own issues at times. Things reached a critical mass of sorts that merited something we have never seen from the Cowboys... moving Zack Martin.

Jerry Jones said on Friday that in his mind Ezekiel Elliott is the best player on the team.