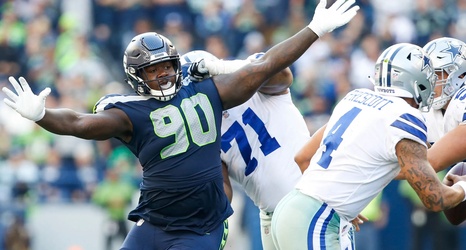 Just about every fan of the Dallas Cowboys would love to see the team bring in a real difference-maker at defensive tackle. The position has been a problem area, similar to safety, for a while now. There is hope that Trysten Hill and Neville Gallimore will grow into quality players at the position, and the Cowboys did bring in Brent Urban in free agency who demonstrates the ability to play the run pretty well.

But there still seems to be a lack of a real playmaker at the position. Last year the team tried to fill that role by bringing in Gerald McCoy and Dontari Poe, but neither worked out as planned.