Predicting the Cowboys Week 5 matchup against the New York Giants 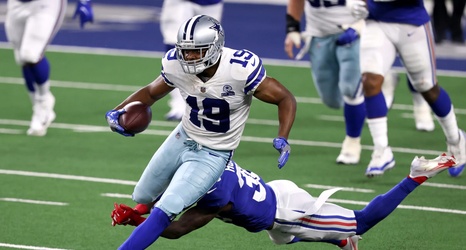 The Dallas Cowboys enter the final game of their home stretch as a seven point favorite (DraftKings Sportsbook) behind their three-game winning streak. But in a divisional game such as this one, anything can happen. No one would have expected the Giants to play spoiler in the Saints’ return to the Superdome.

However, few would argue that New Orleans is playing better football than the Cowboys at the moment. This appears to be a game that Dallas should take control of early, but what do the analytics say?

Roll a six-sided dice, and if the number you see is less than seven, the Cowboys’ offense will be able to put up points this week.