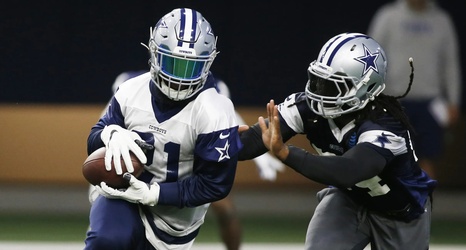 Not that it was ever really in doubt, but there are two Cowboys veterans whose contracts just became guaranteed for future seasons. Both Jaylon Smith and Ezekiel Elliott have received their fair share of criticism stemming from the 2020 season and their outsized contracts compared to production. Scenarios were concocted along the interwebs where either player was cut or traded, but those were likely never going to happen.

Smith and Elliott had clauses where their contracts became guaranteed on the fifth day of the new NFL calendar year, and that date was last Sunday.

Starting inside linebacker Jaylon Smith’s 2021 base salary of $7.