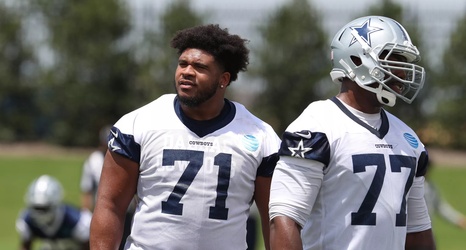 The last 365 days have both flown by and dragged on for forever; it’s hard to remember where things stood at this point exactly a year ago.

If you rewound to early August of 2019 you’d see that Ezekiel Elliott was holding out while the Cowboys were in Oxnard, but soon enough extensions would be quite popular by way of Jaylon Smith, La’el Collins, and eventually Elliott himself.

That La’el Collins deal looks like one of the wisest that the Cowboys have pulled off in recent memory. He was among the best offensive lineman on the team last year and is one of the biggest bargains in the league now.