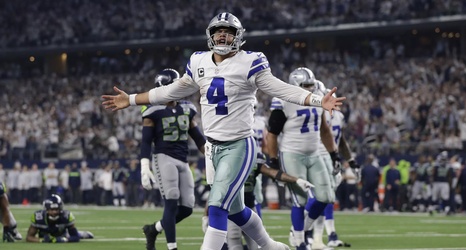 Like Tony Romo before him, Dak Prescott is one of, if not, the most undervalued quarterbacks in the league. During a “Good Morning Football” telecast this week, former NFL receiver, Nate Burleson decided to pay some respect to the Cowboys’ quarterback:

“The most undervalued individual, it has to be Dak Prescott,” Burleson said on Friday morning.