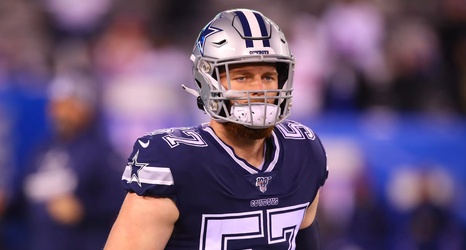 The Dallas Cowboys bolstered their linebacking group last week when they re-signed Sean Lee, Joe Thomas, and Justin March. This created a level of depth for the middle of the defense.

A name that is very much worth knowing outside of those is Luke Gifford. The Cowboys signed Gifford as an undrafted free agent out of Nebraska last year and he impressed many early in the preseason. Unfortunately he was hurt, but the Cowboys liked him so much that they carried him on their roster, and eventually he got playing time before (again, unfortunately) he was hurt again.