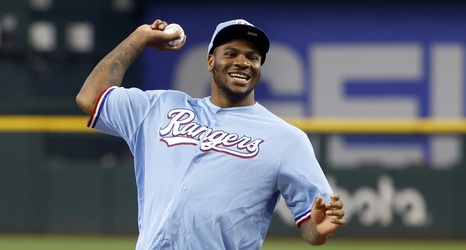 Micah Parsons has had a rather busy offseason.

First off the Dallas Cowboys rookie sensation was crowned NFL Defensive Rookie of the Year at NFL Honors in the lead up to Super Bowl LVI. Since then we have seen Micah begin preparations for his second season in the NFL and in the process partake in life in the metropolis of Dallas-Fort Worth.

Parsons has taken to a few Dallas Stars game this season (a fresh wound, apologies) and earlier this week even threw out a pitch before the Texas Rangers hosted the Los Angeles Angels of Anaheim.