Know Your History: The Cowboys vs Raiders matchup 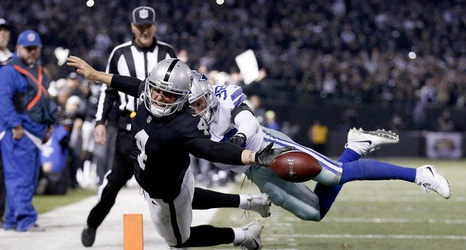 The Cowboys are just coming off their 12th game ever against the Kansas City Chiefs and they have a quick turnaround to face the Las Vegas Raiders at home for their annual Thanksgiving Classic. As surprising as it was to see how little the Cowboys and Chiefs have played, it may be even more surprising to know they’ve only faced the Raiders 12 times as well. Only five teams have played the Cowboys less.

It somewhat makes sense, considering the Chiefs and Raiders are both a part of the AFC and originated from the AFL before the merger took place, but the Raiders are one of the more storied franchises in football alongside the Cowboys.