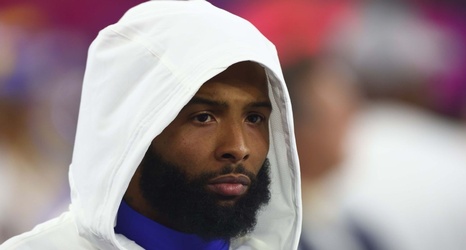 FRISCO, Texas - Odell Beckham Jr.'s removal from an American Airlines flight at Miami International Airport on Sunday will have no bearing on the Dallas Cowboys' interest in the free-agent wide receiver, according to owner and general manager Jerry Jones.

"His overall team compatibility, his judgment, his behavior is not an issue with him," Jones said on 105.3 The Fan in Dallas. "It is with many. It isn't with him."

Police said Beckham was "in and out of consciousness," and refused to leave the plane when asked, however his attorney, Daniel Davillier, disputed the account, saying his client had been sleeping and the incident was the result of an "overzealous flight attendant.