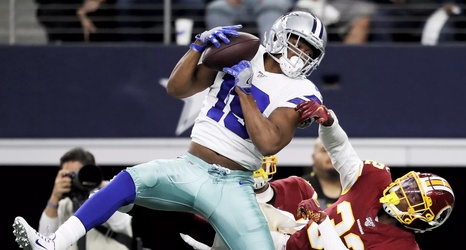 There were some anxious moments for Cowboys fans yesterday when the Cowboys exposed Amari Cooper to free agency for roughly half a day. Suddenly, that first-round pick from last year’s draft could be walking out the door and the Cowboys would lose their number one receiver. Fortunately, Cooper and the Cowboys came to an agreement on a new deal. And what a deal it was. Five years, $100 million with $60 million guaranteed. It was a huge contract, and on some levels (as noted below) it was the largest ever given to a wide receiver.