Even with team at 6-6, Jerry Jones would bet on Cowboys' talent 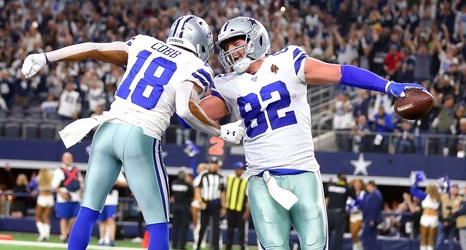 He gets out a pad of paper, makes a dividing line, and lists the positives on the right and the negatives on the left, "and whichever side has got the most on it, that's how you make your decision," he said.

Despite the 26-15 Thanksgiving loss to the Buffalo Bills, which was the Cowboys' sixth defeat in their past nine games, the positives for Jones still outweigh the negatives. He is dreaming -- which might be the best way to describe it -- of this team coming back from this low point to write one of the best chapters in franchise history.