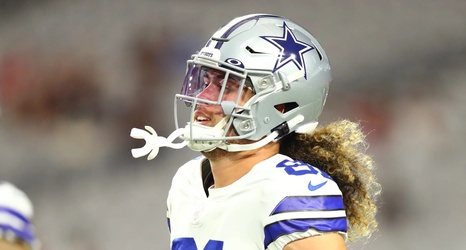 We are quite a ways from the Dallas Cowboys setting their 53-man roster. Between now and then there will be many training camp practices, preseason games to digest, and plenty of debate over spots down near the end of the group.

All told there aren’t literally 53 roster spots up for grabs on NFL teams as a majority are effectively set in stone, but there are always surprises that catch us off guard (Dan Bailey in 2018 was the last real one around here). There are, of course, “on the bubble” players who enter camp with a little bit more pressure than others and one of them seems like it is second-year wide receiver Simi Fehoko.