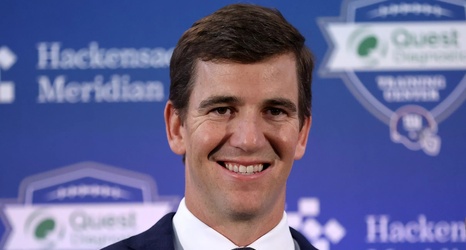 A big change happened this week within the NFC East, it’s been that sort of offseason. Three teams have changed head coaches within the NFL’s most storied division, and that’s not to mention that one of those dismissed coaches stayed within the division as Jason Garrett is the new offensive coordinator for the New York Giants.

On top of all the coaching change there was a departure from someone who played his entire career in the NFC East. While it was a bit predictable given the way the last few years have gone, Giants quarterback Eli Manning officially retired on Friday and thus began the debate that will likely end the universe.