Don’t look now, but Joe Philbin has done a great job with this Cowboys offensive line 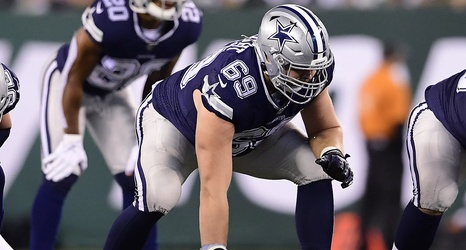 Sunday’s game against a very good Washington pass rush could dramatically change things, but the fact is Joe Philbin is doing yeoman’s work in his first year as the Cowboys’ offensive line coach.

Back in August, it was noted that the offensive line was in a very precarious position and that Philbin would have his hands full. But no one could predict the complete and total injury collapse we’ve since witnessed, but the underlying point remains. Tyron Smith and La’el Collins are gone for the year, and swing tackle Cam Erving is likely making his season debut this week.