Dallas Cowboys: Why October could be the key to a stellar season 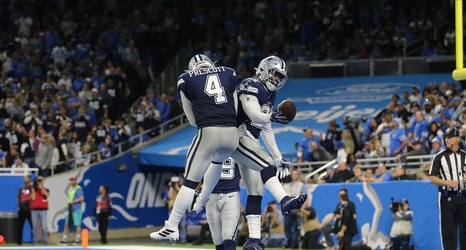 The Dallas Cowboys will open the 2020 regular season on a pretty difficult three-game stretch. They’ll face off against the Los Angeles Rams, Atlanta Falcons, and the Seattle Seahawks. This group posted a combined record of 27-21 last season.

The Cowboys will travel to play Los Angeles in Week One, debuting regular-season action at the new SoFi Stadium in Inglewood, California. Then they travel back home for a matchup against the Falcons. Finally, in Week Three, Dallas will head north to take on the Seahawks in Washington.

But if the Cowboys can survive that three-game start with a decent record, there’s a solid chance they could get an early leg up on their divisional foes.