Dallas Cowboys: Who isn’t getting enough praise from Week 2? 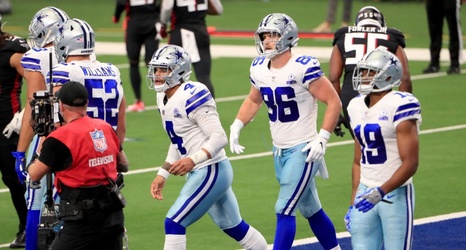 The Dallas Cowboys pulled off a surreal comeback win against the Atlanta Falcons this past Sunday. A lot of credit was given to kicker Greg Zuerlein and quarterback Dak Prescott. It’s not that they don’t deserve it, it’s just that someone deserves his share of the credit.

Future Hall of Famer Jason Witten left the team this offseason, making Blake Jarwin the new starting tight end. After an offseason of hyping up how good of a season he would have, an injury in the first game of the season will prevent him from proving people right or wrong.