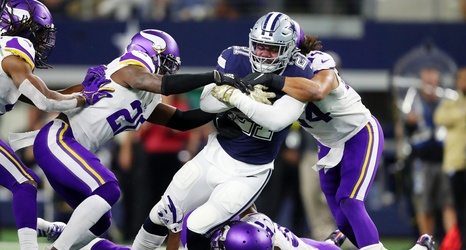 Watching the Dallas Cowboys play this year has been an exercise in whiplash at times. One week, they’re great. The next week, not so much. That’s football though. Like Forrest Gump with his box of chocolates, you never know what you’re going to get. That’s why we watch.

But this truism has been particularly appropriate with the Cowboys offensive line and running game this year. A few weeks ago against the New York Giants, the offensive line looked great and Ezekiel Elliott ran for 139 yards.

Elliott told CBS Sports after the game that it the easiest 140 yards he’d ever gained.