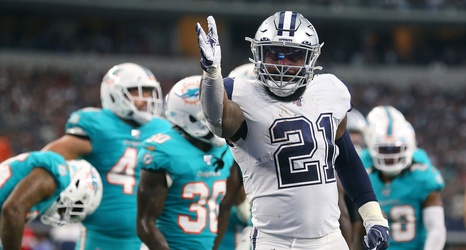 Drama is nothing new for America’s Team. And though it’s been relatively quiet through the Dallas Cowboys‘ first three games of 2019, this offseason was a different story. And much of that drama focused on their running back position.

All-Pro running back Ezekiel Elliott held out of training camp and missed the preseason entirely due to his desire for a new contract extension. Despite having two years left on his rookie deal in Dallas, Elliott believed he deserved more. And Zeke appeared to be willing to miss regular-season games in order to get it.