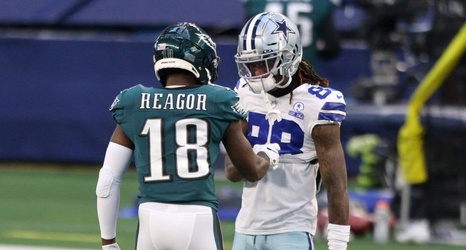 This past season, the 6-10 Dallas Cowboys had very few bright spots. After all, the team suffered several key injuries, mainly on the offensive side of the ball. The most impactful loss being their quarterback, Dak Prescott, who was lost for the season after suffered a devastating ankle injury in Week Five.

But one of the few positives to come out of last season was the play of rookie wide receiver CeeDee Lamb. The 21-year old recorded 74 receptions for 935 yards and a total of seven touchdowns.