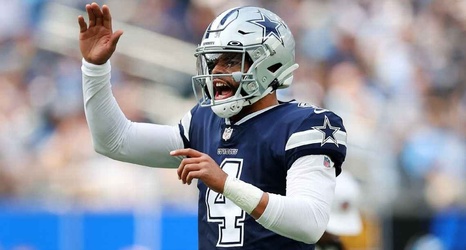 FRISCO, Texas -- Since 2016, whenever the Dallas Cowboys played the Philadelphia Eagles the debate centered around which team had the best quarterback: Dak Prescott or Carson Wentz.

Wentz was the NFL's No. 2 overall draft pick that year; Prescott was the 135th pick. Prescott was named Rookie of the Year. A year later, Wentz had an MVP-type season, before a knee injury ended his season prematurely; however, the Eagles went on to win the Super Bowl. But that debate ended when the Eagles traded Wentz to the Indianapolis Colts and the Cowboys signed Prescott to a four-year, $160 million contract in March.