Dak Prescott’s financial future at stake against the Eagles 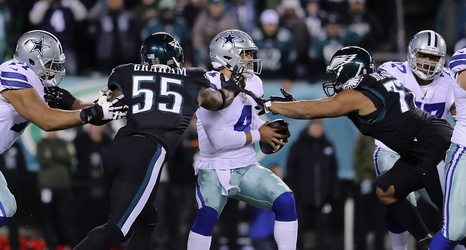 Coming off of three enormously disappointing losses over the past three weeks, the Dallas Cowboys have a huge opportunity to right the ship this upcoming week.

Not only do they get a chance to face off against a divisional rival in the Philadelphia Eagles, but they are also the team most immediately threatening to the Cowboys’ current chances of postseason play.

Being practically tied in the division, with the Cowboys holding the slight edge due to both having played and thus winning more divisional games as of now, the Eagles are the only team that seems like they should be a threat in the NFC East.