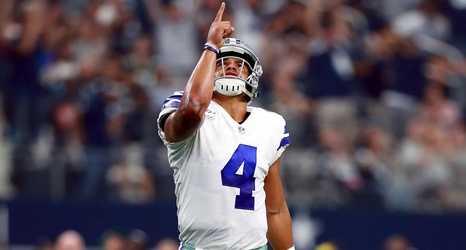 Dak Prescott has won five of the six games he has played against the Washington Redskins. The only loss came in last year’s game in Washington which the Cowboys lost by three points. With three seconds remaining in the game, the Cowboys lined up to attempt a potential 47-yard game-tying kick, but long snapper L.P. LaDouceur was inexplicably flagged for a false start. The five-yard penalty made it a 52-yard attempt, resulting in kicker Brett Maher hitting the left upright as time expired.