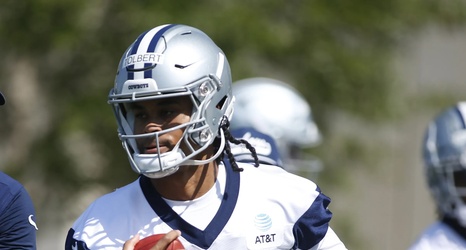 Jalen Tolbert is a detailed player who works hard. One of his first meetings with Dallas Cowboys coach Mike McCarthy was equally with purpose and intent. McCarthy relayed to reporters on May 13 during rookie minicamp one of the discussions he had with the team’s third-round receiver from South Alabama.

Although Tolbert is wearing the number of current Green Bay Packers wideout Randall Cobb, who McCarthy coached from 2011-18, the comparisons Tolbert draws are to current and most recent Cowboys wideouts.