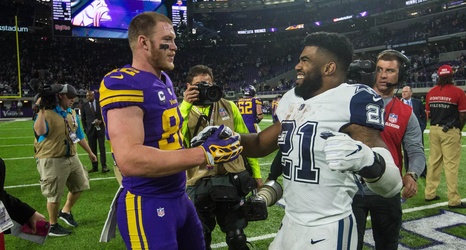 Another primetime game for the Dallas Cowboys as the host the Minnesota Vikings on Sunday Night Football. The Cowboys have gotten their season back on track with two straight wins but are still being chased for the NFC East title by the Philadelphia Eagles.

The Dallas defense has come alive the past couple of games and the addition of Michael Bennett looks like a savvy move after his first game with the team. They will need all of their defensive weapons because the Vikings present a balanced offense that includes rushing leader Dalvin Cook.