Cowboys vs Vikings: A Week 10 primer for the 2019 regular season 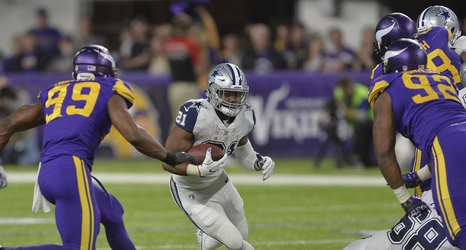 If the season ended today, both of the Cowboys and the Vikings would make the playoffs. Dallas would win their division and Minnesota would be the sixth-seeded Wild Card team. Depending on what happens Sunday, that could all change.

With the NFC North-leading Packers only a game ahead of the Vikings, Minnesota needs to win every game they can, especially with the Rams and Panthers (who face Green Bay this week) nipping at their heels in the Wild Card race. The Cowboys, on the other hand, have the chance to get a one-game lead over the Eagles with Philadelphia on the bye; conversely, a loss would drop the two teams into a tie for the NFC East (with Dallas currently holding the tie-breaker).