Cowboys vs. Bills: Can Amari Cooper rebound in his second consecutive matchup against a shutdown corner? 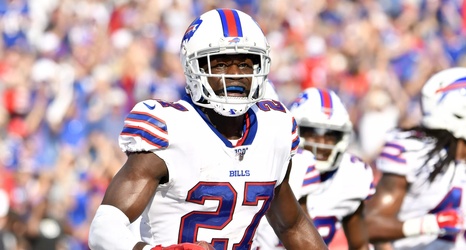 The Dallas Cowboys offense has been impressive for the majority of the 2019 season, ranking at the top of the NFL in total offense and passing offense. Dak Prescott and Amari Cooper have been huge reasons why Dallas has become an explosive unit on that side of the ball.

However, the offense was unable to get anything going this past weekend against the Patriots. The nasty weather conditions and the impressive Patriots defense were factors, but the Cowboys themselves also failed to execute in their own right. Prescott did not have his best outing, Amari Cooper could not break away from Stephon Gilmore all game long, and Jason Witten struggled to catch the ball when it was thrown his way.