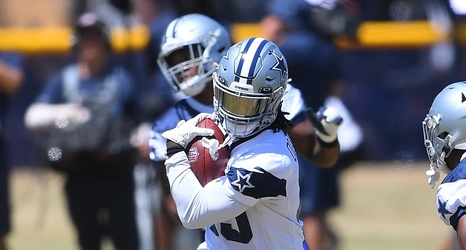 The Dallas Cowboys did not select a running back during the 2022 NFL Draft which was a little bit surprising. An explanation for surprise here really has nothing to do with the present and everything to do with the future. In the spring of 2023, Tony Pollard is set to be a free agent and the the guaranteed money on Ezekiel Elliott’s contract is up (something Stephen Jones reminded everyone during the team’s post-draft press conference).

Even if Dallas had drafted a running back this year, whoever it would have been likely wouldn’t have played a ton given that the backfield primarily belongs to the aforementioned Pollard and Elliott.