Cowboys news: With the WR market exploding, a CeeDee Lamb extension could get expensive 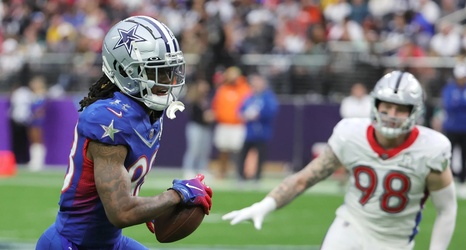 CeeDee is gonna get PAID.

On Wednesday, Washington Commanders WR Terry McLaurin, a young uber-talented wideout in the league, landed a long-term extension with the franchise to the tune of three years, $71 million.

According to ESPN Senior Writer Adam Schefter, McLaurin’s deal placed him among the NFL’s five highest-paid wideouts, and his signing bonus ($28 million) was the largest given to any WR.

Now you may be thinking: How does this affect WR CeeDee Lamb?

Well, we’re getting there.

Given that McLaurin’s new deal was all fine and dandy for him, the franchise, and their fans–it not only affects the Cowboys because they will have to face him for a couple more seasons twice a year, but they also are seeing Lamb’s price tag go up quickly.