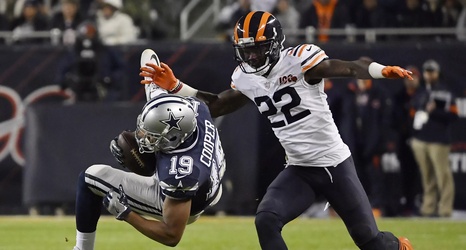 Amid a myriad of other issues within the organization, the Dallas Cowboys are struggling with their kicker.

Brett Maher missed his first field goal attempt of the night on Thursday in Dallas’ 31-24 loss to the Chicago Bears at Soldier Field, sending his 42-yard attempt wide right. It marked his 10th miss so far this season, more than any other kicker in a single season over the past four years.

While he did drill a 31-yard field goal later in the night, he sent a kickoff sailing out of bounds — which eventually led the Bears to a touchdown early in the fourth quarter.