Cowboys news: Instant reactions from day one of rookie minicamp 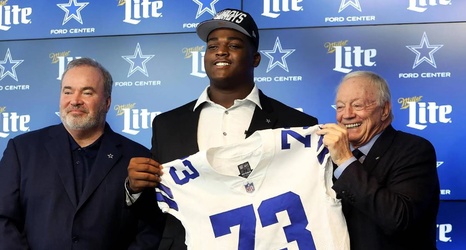 Sam Williams impressed in day one in shorts and t-shirts.

FRISCO, Texas – Cowboys defensive coordinator Dan Quinn has been on the same football field with Sam Williams now twice in his life.

But it was because of the feeling Quinn had after the first time, is probably one of the main reasons there was even a second time.

The second occurred Friday during the Cowboys rookie minicamp at The Star.

Williams, the Cowboys’ second-round draft pick, was among over 30 rookies on the field for the first time together.