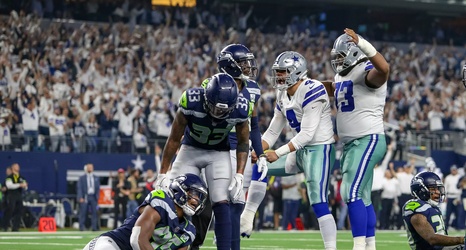 Is anyone picking the Cowboys?

Nick Eatman: Just as easy as the Cowboys could be 0-2, they could’ve been 2-0. And guess what, it usually works out this way where you’re 1-1. On the flip side, I keep hearing how incredible Russell Wilson has been right now, putting up historic numbers. Don’t get me wrong, he’s a problem and will be more than a handful on Sunday. But if the Seattle cornerback doesn’t make a play on the goal line – a play that Wilson is on the sideline with probably his helmet off – then Seattle doesn’t win that game.