Cowboys news: ESPN names Cowboys wide receiver as a most likely to be traded 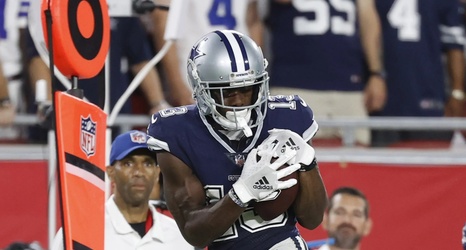 Gallup hasn’t suited up since week one due to injury. Would this be a smart move for the Cowboys moving forward?

The NFL 2021 trade deadline is soon approaching on Tuesday, November 2nd. When naming the most likely trade targets for each franchise, ESPN named Wide Receiver Michael Gallup for the Dallas Cowboys.

In yesterday’s article, ESPN’s beat writers from around the league gave their thoughts on their teams’ likelihood at moving a player before the deadline. Todd Archer, who’s covered the Cowboys for many years, had this and more to say about Gallup:

“The Cowboys wouldn’t want to do this, but Gallup has not played since the opener because of a calf injury and is in the final year of his contract… Given the talent in the group, the Cowboys might be able to get something in return, but they wouldn’t want to walk away from Gallup.